The NHS Nightingale Hospital in Manchester will reopen in the next week as the city heads into a Tier Three lockdown and hospitals in neighbouring Liverpool are already treating more Covid-19 patients than in April.

A local NHS boss today announced the temporary hospital, set up in the Manchester Central Conference Centre, will be brought back into use before the end of next week. It will become the first one in England to reopen.

It had closed in June when the first wave of the UK's outbreak burned out, but there are now fears that local hospitals will be inundated with Covid patients again.

The Nightingale will not be used to treat people seriously ill with coronavirus but instead opened to add capacity for 'additional rehabilitation'.

The city is entering Tier Three lockdown rules from midnight on Friday after a week of wrangling between the Government and the mayor, Andy Burnham, because the city has one of the highest infection rates in England.

There are fears that Manchester's hospitals could start to become overrun with Covid-19 patients after an explosion of infections in late September.

There are already warning signs it could happen as NHS England confirmed the biggest trust in Liverpool is already treating more coronavirus patients than it was during the first peak.

There were 390 beds occupied by Covid-19 patients at Liverpool University Hospitals NHS Trust on the worst day of the Merseyside city's crisis on April 13, official figures show.

It comes after Matt Hancock announced Stoke-on-Trent, Coventry and Slough will move into a Tier 2 lockdown on Saturday, plunging 745,000 more people into tighter restrictions.

Residents there will be banned from socialising with loved ones indoors but pubs will be allowed to remain open.

Nearly 40million people - almost two thirds of the entire population - across Britain will be living under lockdowns, when all the measures are fully enforced. There are also fears Nottinghamshire's restrictions will be toughened up because of an outbreak in its main city.

Boris Johnson has refused calls from scientists for a national lockdown, which his own scientific advisers believe should happen, and is sticking to the three-tier local system.

One of SAGE's advisers, Professor John Edmunds, yesterday warned the system's inevitable conclusion will be 'high levels' of infection all over the country as tougher rules spring up in the wake of surging outbreaks, too late to stop them and too weak to shrink them. 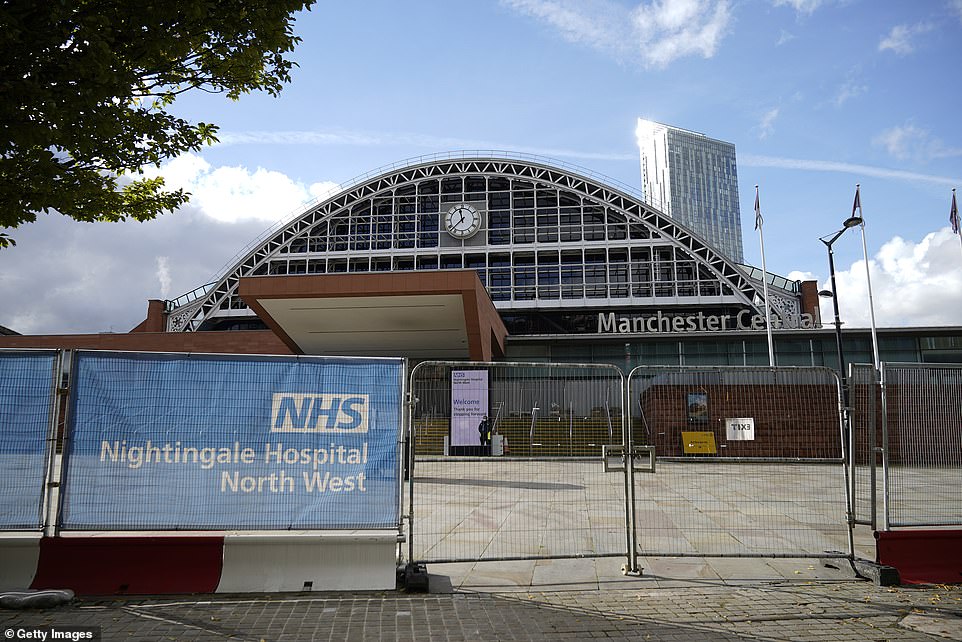 The NHS Nightingale for the North West was mothballed in June when the last coronavirus patient from the UK's first wave was discharged. Local health bosses say it will reopen by the end of next week 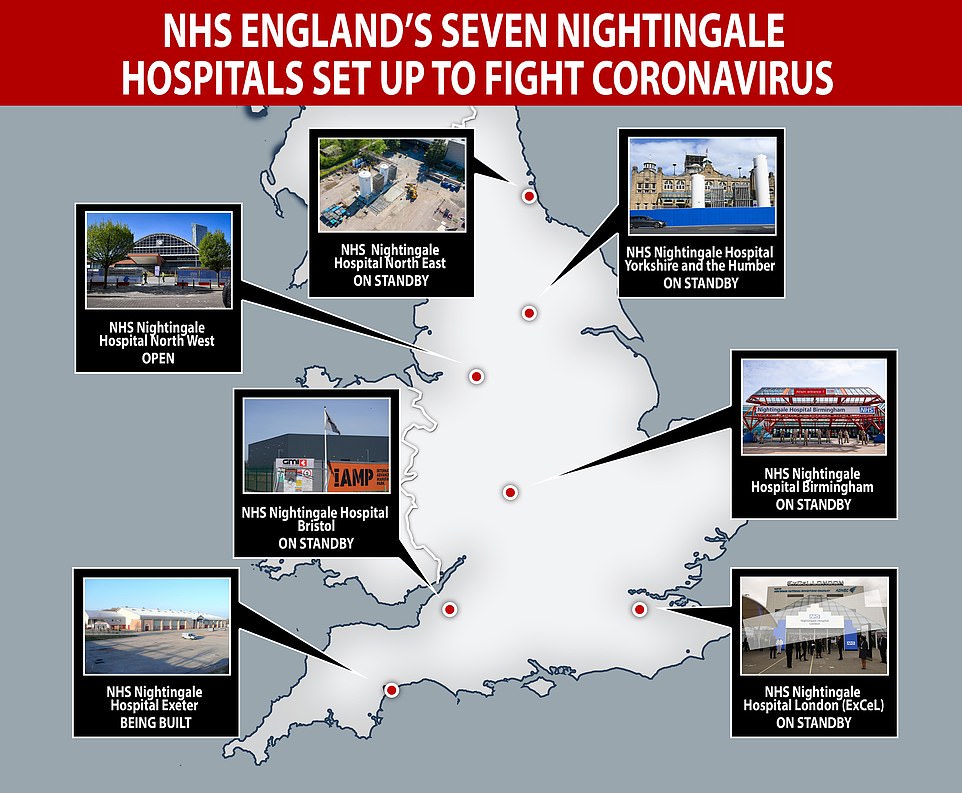 Seven Nightingales were built during the first wave of the pandemic, although only two are believed to have actually treated patients - in Manchester and London