Scientific advisers have been warned that the coronavirus is mutating and could become more infectious, according to SAGE papers published today.

The New and Emerging Respiratory Virus Threats Advisory Group (NERVTAG) said the UK did not have the capability to research these mutations in depth and whether they would be harmful.

It's one of a number of papers released by the Government today that give an insight into how scientists are steering the pandemic.

The idea was explored in a scientific report handed to the Scientific Advisory Group for Emergencies (SAGE), which then presents the findings to the Government to help inform public health policy.

Another document shows how scientists have found that London has so far avoided a 'second wave' on the scale of those happening in other major cities in England, such as Liverpool and Manchester.

Experts speculate this is because more of the capital's population has some form of immunity to the coronavirus after having it already, compared to the North West, which did not have infections as high as London in the first wave.

Meanwhile data reveals hospitalised Covid-19 patients are dying quicker than they were the first time around - take a week on average, rather than two. This may be because treatment has improved, and therefore doctors can save the lives of those who are not as sick and would usually take longer to die, pushing up the average time.

SAGE also attempted to end the debate about a segregated approach to lockdowns, whereby the most vulnerable are shielded and the young return to normality.

It said the approach, which the Health Secretary has also shutdown a 'flawed' option, could lead to an 'uncontrolled epidemic' in the young while also causing mental health problems in those forced to shield for longer. 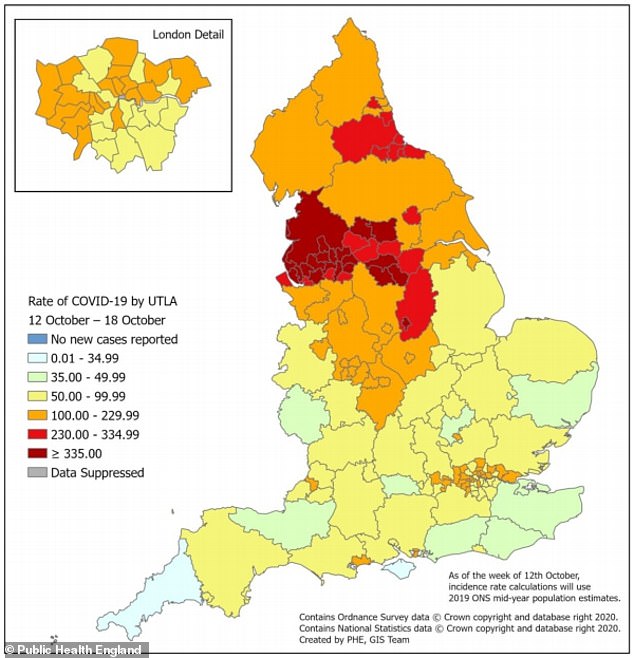 Cities in England are seeing a fast rise in cases – except London. Pictured: Coronavirus outbreaks continue to be mostly contained to urban areas and cities, particularly in the North of England and the Midlands, according to a heat map published by Public Health England on October 22 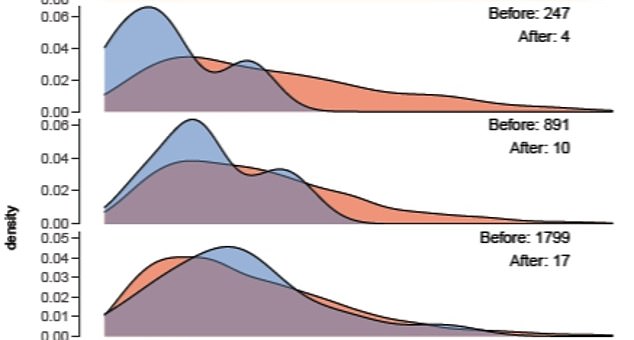 Data reveals hospitalised Covid-19 patients are dying quicker than they were before - in a week, rather than two. Pictured is a timescale of when men aged between 40-49 (top) 50-59 (middle) and 60-69 (bottom) die after symptoms start (bottom axis is days since symptoms started). The orange is the first wave, and the blue is the second wav